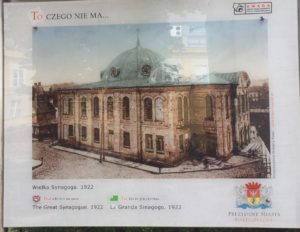 In June, 1943, the Nazis entered Bagnowka Cemetery to wipe out any remaining traces of the Jewish community in Bialystok. Over several weeks, the Nazis destroyed, knocked over, and dismantled thousands of headstones and monuments. Monument bases, blocks, obelisks, and pediments were scattered about.